According to IDC, the domestic smartphone market declined significantly in the first quarter of 2018, with a year-on-year decrease of 16.0%, continuing the decline in the fourth quarter of 2017. The main reason for the decline in shipments is that manufacturers focused on digesting inventory in January and February to prepare for the listing of new machines; In addition, most of the new products in the first quarter were released in the middle and late March. Manufacturers consciously controlled the delivery rhythm to cope with market changes, and did not carry out large-scale production.

From the perspective of consumer demand, the replacement cycle of smart phones is also prolonged. The improvement of product quality and the lack of functional innovation weaken the replacement demand of consumers. At present, the products in the market are facing the problem of homogenization, lack of core technology and guidance to drive large-scale machine replacement, and it is difficult to release the purchase intention of users.

In the face of the downward trend of the smartphone market and more fierce brand competition in 2018, the head concentration effect of first-line brands was further strengthened, and the top five brands accounted for more than 85.0% of the market share in the first quarter. Domestic manufacturers accurately grasp the pace of the market, continuously increase technology research and development, extend mobile phone use scenarios, pay attention to human-computer interaction experience, and strengthen the collaborative upgrading of software and hardware.

The brands listed in the rear are further widening the gap with the head, the market share is continuously diluted, and even fall behind, facing the pressure of survival.

According to the latest mobile phone report released by IDC, the share of the top five mobile phone manufacturers has further increased, with obvious head advantages. Among them, Huawei continued to maintain its leading position in the market, with a year-on-year increase in shipments of about 1.9%; Oppo ranked second, but fell by about 12.6% year-on-year; Vivo ranked third, with a year-on-year decline of about 4.0%; Xiaomi, which ranked fourth, continued to maintain its growth trend in the first quarter of 2018 after experiencing rapid growth in 2017, achieving a year-on-year growth of about 41.8%.

Huawei, the No. 1 company in the domestic market, has maintained its leading edge and launched several new products focusing on the core functions of mobile phones at the mid-range price with a comprehensive screen, photography and glass body as its selling points. Its product lines are clearly positioned, with perfect layout for high, medium and low-end product lines, forming a differentiated series layout with mate, Nova, glory and fun.

Continue to maintain the second and third place oppo and vivo, end the early mode of rapid expansion and high investment, stabilize the pace and return to rational development. Both manufacturers launched new products with comprehensive screen, AI and other functions in March. Among them, the new color matching of oppo R15, smart beauty, screen fingerprint unlocking of vivo X21 and Jovi intelligent assistant have been widely recognized by users, and the order rate of new products is very high. Oppo and vivo realize the steady improvement of new product price and shipment through the deep integration of intelligent technology.

Xiaomi, which is closely behind, maintained rapid growth in the first quarter, fully opened offline channels and stimulated new growth momentum. Through the optimized launch of marketing channels, taking advantage of diversified online and offline channels, combined with the new retail model to improve brand awareness, penetrate more target users and further improve brand share. At the same time, on the product side, with the help of the new mix series to improve product positioning, adhere to the concepts of science and technology, innovation and high cost performance, and increase user stickiness.

Recently, Xiaomi's IPO prospectus attracted external attention. It is expected that if it is successfully listed, it will have a further impact on the smartphone market. On the one hand, it will speed up the pace of going to sea, consolidate its dominant position in the Southeast Asian market and explore more emerging markets; On the other hand, it will also invest more resources in the domestic market and accelerate efforts in product structure adjustment, intelligent ecological construction, channel model reform and so on.

Apple's shipment increased slightly year-on-year, but the shipment increased by more than 20%, mainly due to the pulling effect of its high price on the average price of the overall brand after the listing of iPhone x, which stabilized Apple's position in the super high-end market. The potential energy of iPhone X in the first quarter continued. The iPhone 6 (32g version) in the middle price segment also contributed to the shipping scale of the overall brand through reasonable channel layout and highly competitive price advantages. 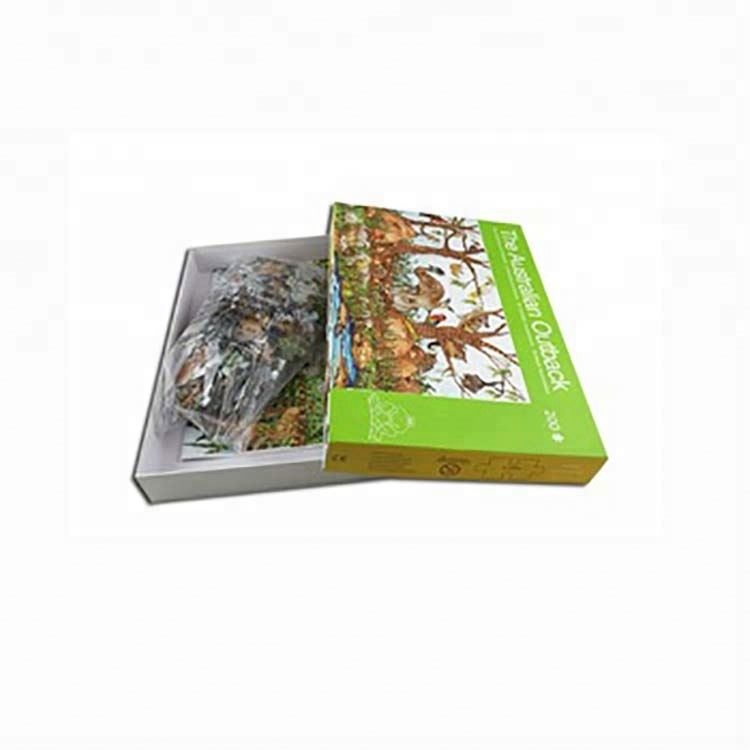 get in touch with us
recommended articles
Electronic Core Morning Post: Samsung Flees China? Xiaomi 5S Amazing Exposure
Today's hot spotsAlthough Ziguang failed to acquire Meguiar, it did not stop entering the memory market. Recently, it is reported that Wuhan Xinxin will join hands with Ziguang and is expected to get the support of Meguiar. It is not new for world-famous enterprises to "escape" from China. What does Samsung mean by the sharp decline in the number of employees in China? Xiaomi 5S and Xiaomi Note2 have been exposed in this way. Can they surprise you?Morning post timesemiconductor1. Chuan Ziguang and Wuhan Xinxin may be authorized by MeguiarAccording to the reports of science and technology news and jiwei.com, Wuhan new core, which focuses on memory manufacturing, will jointly develop the memory industry with Ziguang group, which focuses on upstream IC design. Because the construction of a new plant of Wuhan new core in Wuhan is under way, the planned monthly production capacity is up to 1 million pieces. The joint efforts of the two sides will save Ziguang group the time to start from scratch.It is also pointed out that Wuhan Xinxin and Ziguang are negotiating technology licensing with micron, which is expected to greatly accelerate the development of China's semiconductor industry in the "huayake model".The so-called huayake model is that Meguiar provides technology and the partner invests in the construction of the plant, so that Meguiar can collect authorization and relevant dividends without additional expenditure.Ziguang's major mergers and acquisitions and sales in recent yearsWuhan Xinxin small archives.Market participants believe that the integration of Ziguang and Wuhan new core not only generates greater strength in the production team, existing semiconductor factory foundation, IC design team, private funds and national funds, but also increases the negotiation advantage with Meguiar, the source of technology authorization. Moreover, Gao Qiquan, the former chairman of huayake, joined the Ziguang team last year. He knows the cooperation mode with micron in detail, and it is highly feasible to replicate it in Wuhan.With the steady growth of SSD demand, it is a general trend to develop NAND flash technology. Zhao Weiguo, chairman of Ziguang group, disclosed in May this year that the company will invest US $30 billion in the manufacturing of semiconductor chips for storage, which is expected to become the largest storage memory investment project in China.2. Samsung's total number of employees in China has plummeted and is fleeing?According to foreign media reports, according to the report released on the 3rd, the total number of employees of Samsung in 2015 reached 325700, an increase of about 2% compared with 319200 in 2014. Although the range is not obvious, the increase or decrease in various regions is far from the same.According to the Korean Herald, Japan and Southeast Asia were the only areas where Samsung's number of employees increased in 2015, especially in the important production town in Southeast Asia. The number of employees increased significantly to 140400, with an increase of 28000 over the past year, reflecting Samsung's emphasis on Southeast Asia.During the same period, Samsung's employees in China decreased by nearly 12000, ranking first in all regions. In 2013, when Samsung was still the leader of smart phones in China, Samsung had 35600 employees in China, but in 2015, it had been laid off to only 8580.Samsung Electronics released a sustainability report on Sunday, showing that Samsung's performance in the United States continued to grow, while China and Europe continued to decline.Samsung's revenue performance in China also showed a downward trend. In 2013, China accounted for 18% of revenue, fell to 16% in 2014, and only 15% (31 trillion won) last year.Meanwhile, the contribution of other Asian countries and Africa to Samsung's revenue increased from 19% in 2013 to 20% in 2014 and further increased to 22% in 2015.
Do You Think Tesla Vehicles Will Saturate China, India and Europe the Way They Have the United State
In 2020, China's Shipments of Energy Storage Lithium Batteries Were 16gwh, Including 6.6gwh of Elect
Konka 2 Billion Memory Chip Sealing and Testing Project Started, the Only Open Unmanned Factory in C
The Scale of China's Industrial Software Market Has Reached 100 Billion, and There Is still Room for
Development Status and Prospect of China's Blockchain in 2020 (the First Half of the Year)
China Tower Officially Listed! Speech by Chairman of China Tower: Listing Is a New Milestone
Chinas Bike Sharing Unicorn Mobike Has a New Competitor in the US
Video Games in China - Wikipedia
China Blockchain Technology Innovation and Development Forum Was Held in Beijing to Explore Blockcha
latest articles
What Are Some Ways to Keep My Hair Really Healthy?
TIANCI Packaging
2021-12-31
18
How Was the First Sale of Vivo X60 Series?
TIANCI Packaging
2021-12-31
7
Huami Technology Held a Press Conference on August 27, and Amazfit Smart Sports Watch 3 Officially A
TIANCI Packaging
2021-12-31
14
Connect to Nonencrypted Wireless Network Using Ubuntu Commands
TIANCI Packaging
2021-12-31
22
Is Time Travel Possible? Can We Travel Back in Time?
TIANCI Packaging
2021-12-31
35
latest topics
Gold Foil Buying Guide
TIANCI Packaging
2021-03-31
51
Lace Teddy Buying Guide
TIANCI Packaging
2021-03-31
21
Handmade Jewellery Buying Guide
TIANCI Packaging
2021-03-31
48
Guide to Shop Paper Box Craft in TIANCI Packaging Industry
TIANCI Packaging
2021-03-31
20
Guide to Shop How to Make a Paper Box Very Easy in TIANCI Packaging Industry
TIANCI Packaging
2021-03-30
40
latest products
Graphic Customization (Min. Order: 1000 Pieces) Graphic Customization (Min. Order: 1000 Pieces) TIANCI Packaging Brand Anti-snoring St...
TIANCI Packaging Custom Input Liquid Level Transmitter
Bamboo Color Bamboo Color Bamboo Color 200 Metre TIANCI Packaging Manufacture
TIANCI Packaging Adult Adult Athens
related searches
Electronic Core Morning Post: Samsung Flees China? Xiaomi 5S Amazing Exposure
Konka 2 Billion Memory Chip Sealing and Testing Project Started, the Only Open Unmanned Factory in C
Chinas Bike Sharing Unicorn Mobike Has a New Competitor in the US
With the Combination of Technology and Policy, China's LED Lighting Is About to Take Off
Is There a Future for China's PCB Industry
Why Does the U.S. Tolerate Foreign Influence From Saudi Arabia and Israel on Its Domestic Policies W
Tencent BOC Switches Shipped More Than 1 Million Units in China
Tmall Genie Has Become the Most Popular Smart Speaker in China
China's First "chip" University Unveiled